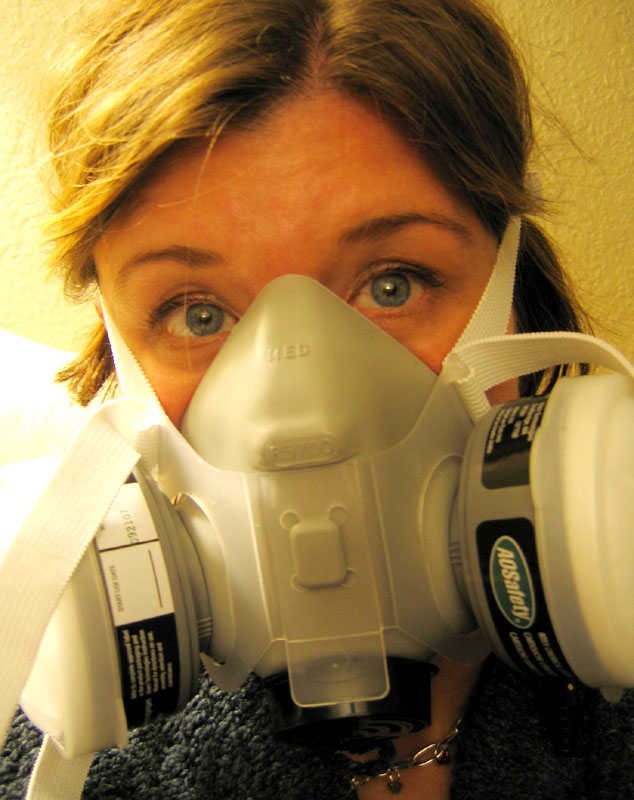 Now I’m ready for anything.

Raf came home with this today and I couldn’t pass on the opportunity. This is one serious mask.

I got some really bad news on Monday night. My step-brother committed suicide over the weekend. He went into the forest and hung himself from a tree. Some hunters found him early Sunday morning.

It really hit me hard Tuesday morning when I was making my breakfast. I just broke down and sobbed. And then I couldn’t stop. I cried my whole walk to work. When I got to work and people started asking me how my weekend was I got choked up. I broke down in my manager’s office as I asked her for Friday off so I could attend the funeral.

Todd had his problems. but he seemed like  the All American kid. He was really popular in high school. On all of the sports teams. I think he may have even been the homecoming king. He was a handsome young man.

Saturday night he called his mom to tell her that he was sorry for all of the pain he had caused her.The next morning he went into the forest in some remote place and hung himself.

I’m broken up over it. The whole story is so goddamn tragic. I don’t even know what to say about it. Is there anything to say? He was a nice person. A great coach. A good father. It’s too bad he decided he needed to leave this world.