Today I had the pleasure of going on a tour of the Gracia neighborhood of Barcelona by a local resident. It was amazing to see the city from his perspective. I almost slept in today but am so glad I didn’t and was able to make the meet up! Here are some photos. We saw lots of Gaudi architecture. 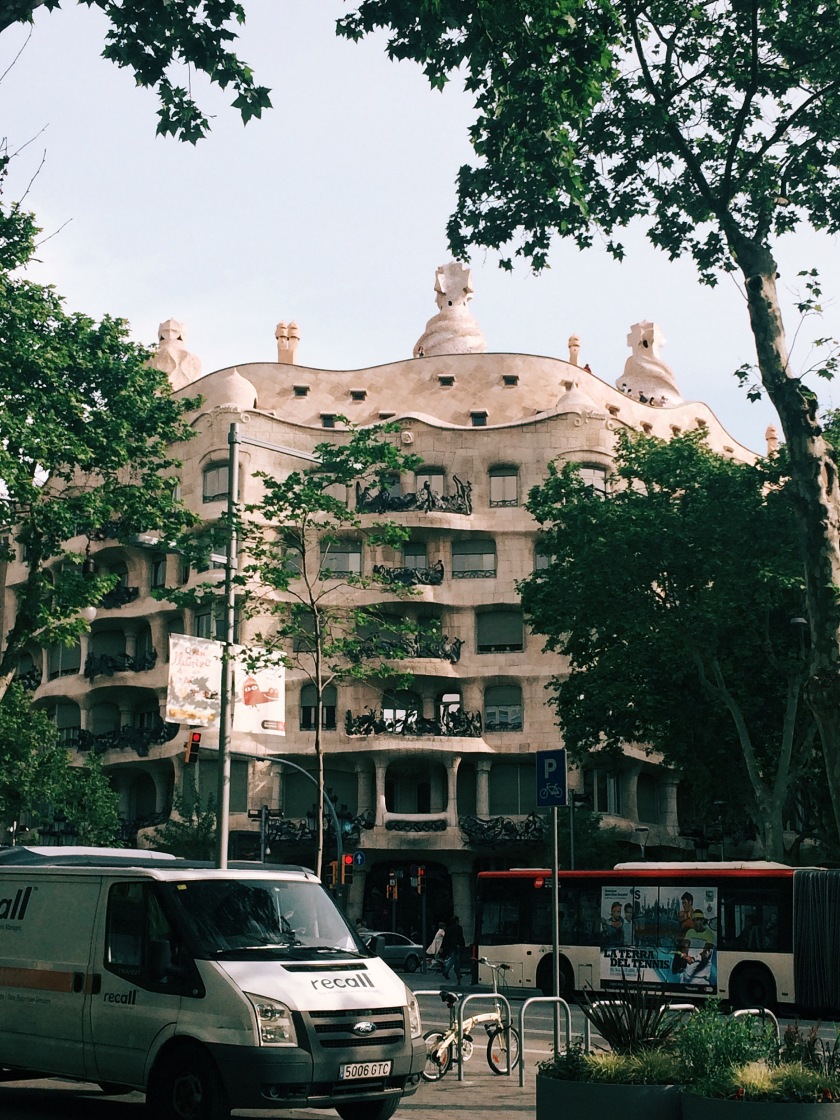 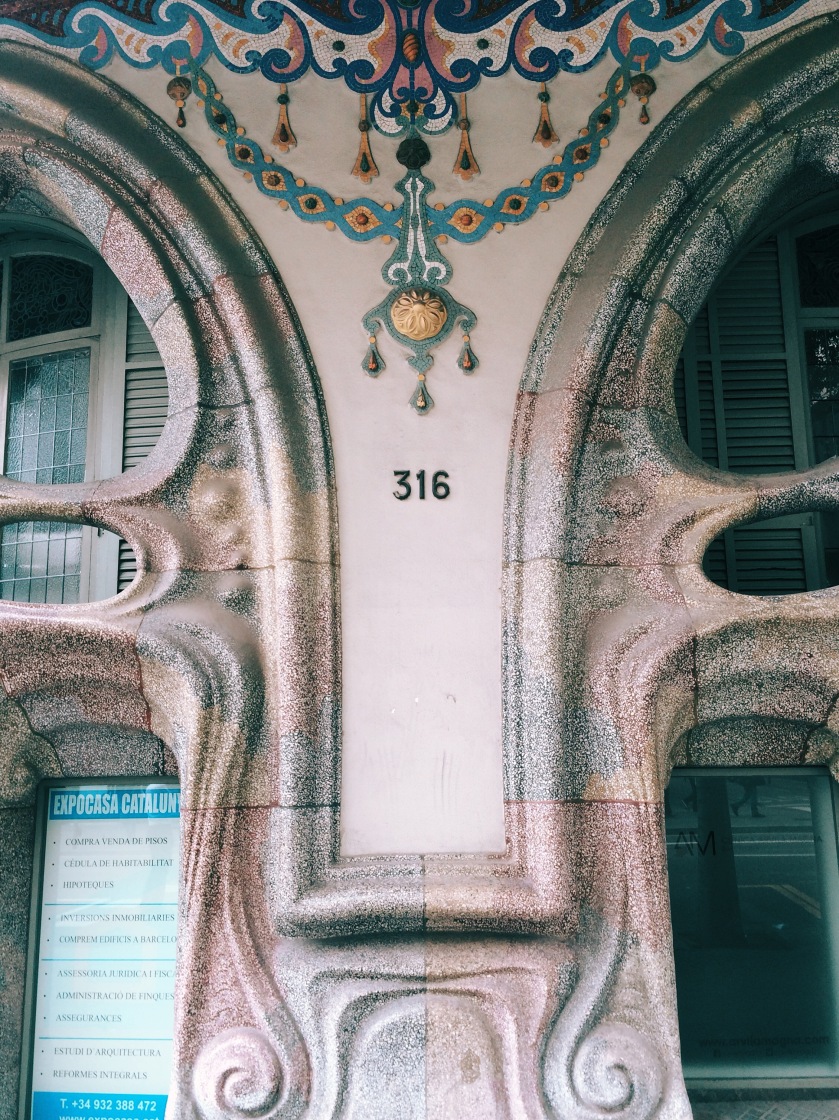 He also showed us the costumes of a very old tradition – a kind of neighborhood parade of dragons and people. The giant man and woman are those that watch over the neighborhood. He said that when Franco was in power the parade was banned but as soon as he died the people brought it back. 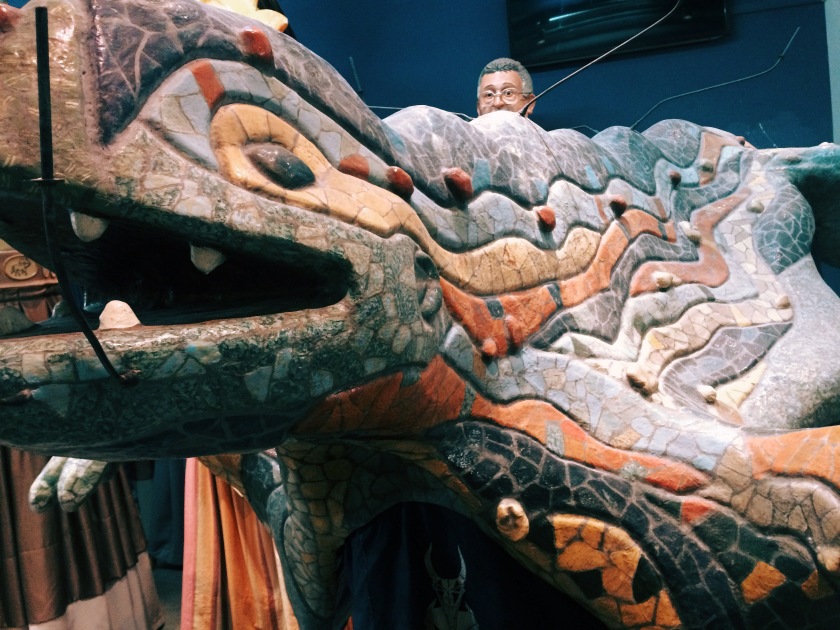 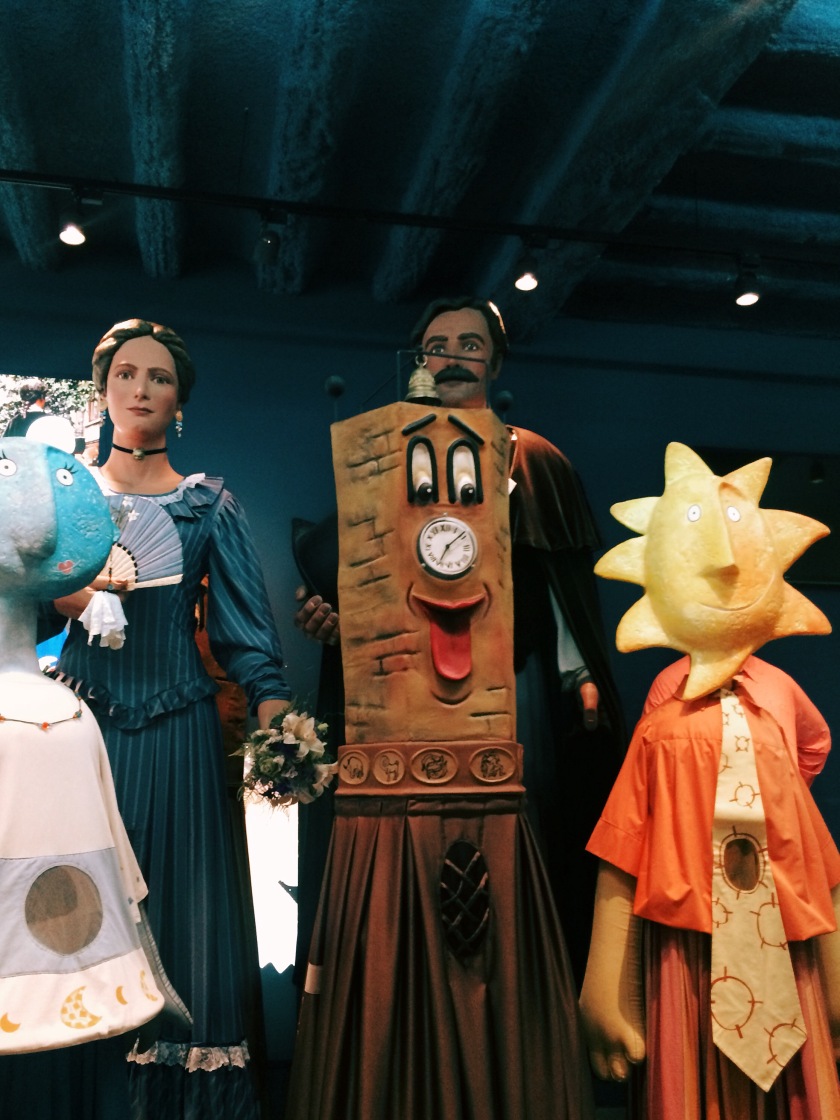 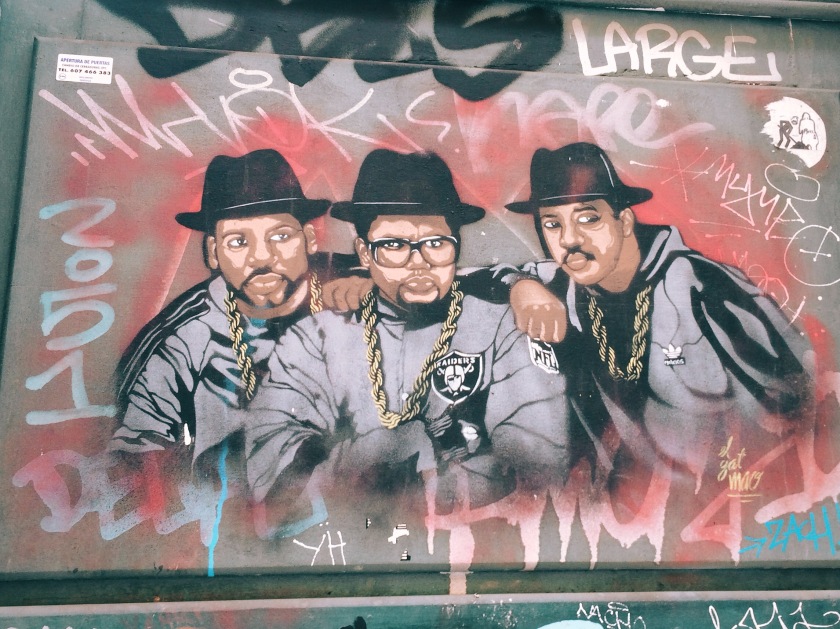 In the evening I met up with several internet friends and we drank, ate tapas, and chatted till midnight. I regret not taking more photos of my friends!! I remember regretting this about my trip to Amsterdam so I need to remember to do more people photos over the weekend! 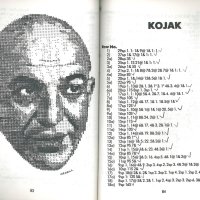