A few day before Christmas my Husband and I decided to go to the ZooLights holiday extravaganza at the Oregon Zoo in Portland. We got there about an hour before sunset so we had the advantage of wandering through the zoo to see the animals before the light show.

But then the sun went down and the lights came up! And the show began. I brought my pinhole camera and had the patience to make two exposures. One of them is the featured image for this post, the second I will talk more about below.

Here are a few iPhone snaps.

And here is the second pinhole shot from the evening (below). It’s amazing because for this shot I was inside this enclosure for at least 3 minutes with a few dozen people at any given moment during the shot. It was a busy through way and tight squeeze. I was curious to see how my shot would turn out. I was surprised to see that nobody appears in the picture!! 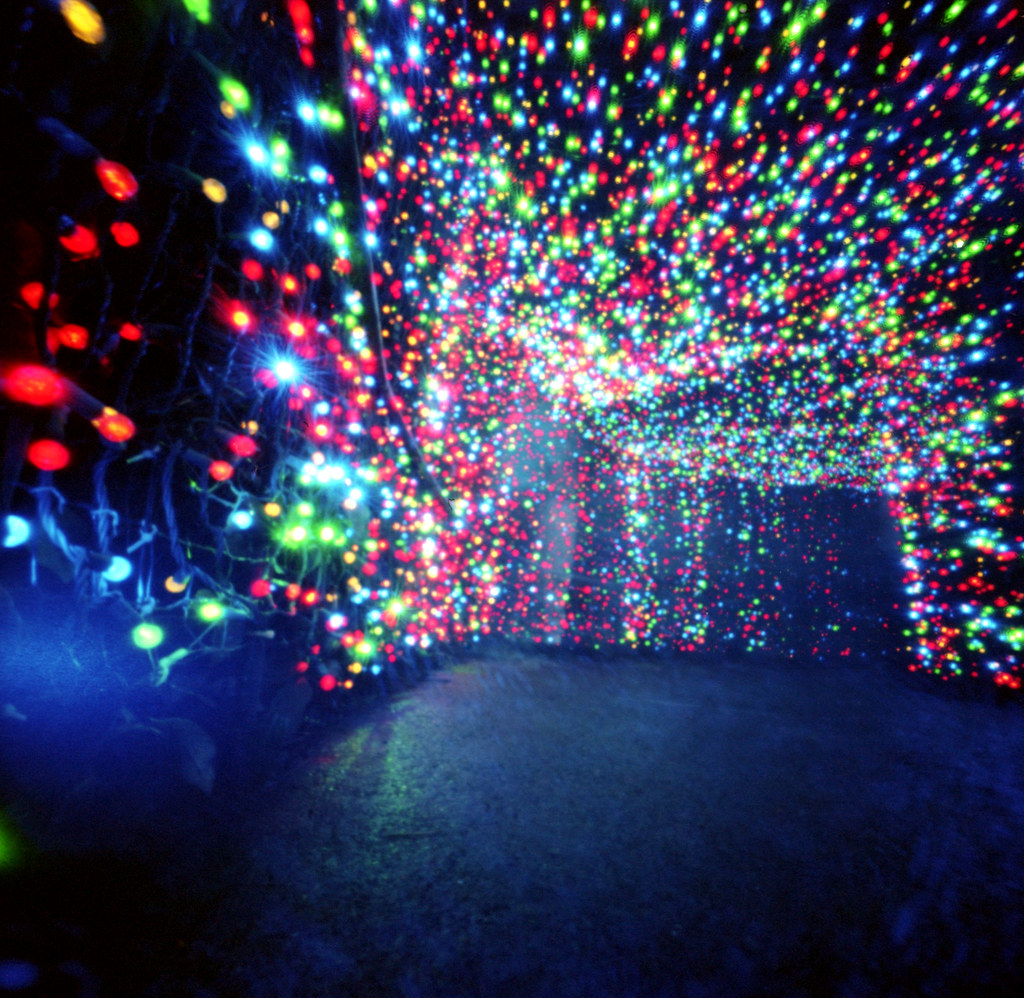