First, more pinhole in the library! 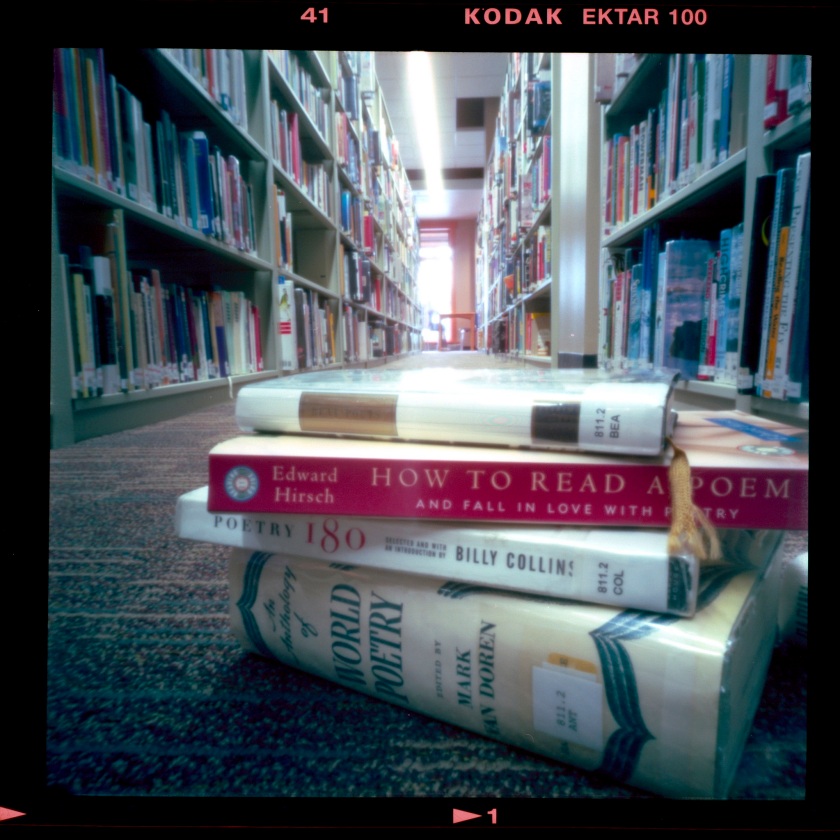 This is one of the photos I printed to have hanging in the library this month. The photos were hung the other day and it was really awesome to come to work to find my photos the ones featured on our art wall. Kind of surreal, actually. In an wonderful way. 🙂

Now for the musical soundtrack for this post. Honestly, this should be a different blog post because the song has nothing at all to do with the photo. The only reason I’m posting it is because it’s been an earworm for me the past couple of days. I woke up crying yesterday with this song stuck in my head after a dream in which David Bowie made an appearance. I am not sure what it was all about but it did leave me feeling sad and foggy brained all day yesterday. I am feeling much happier today but have been thinking about what was going on in my head yesterday. I realized that this week (a couple of days ago) marks the 8 year anniversary of my stepfather’s death, so I think there has been some sadness seeping through. Which is totally fine. As I was on the elliptical machine today I thought: you know, I hope I never stop feeling sadness for those that I love who have passed on. They deserve to be remembered and missed.

And now the song. It’s a great song.