This shouldn’t be too hard since I live near Bridgetown… 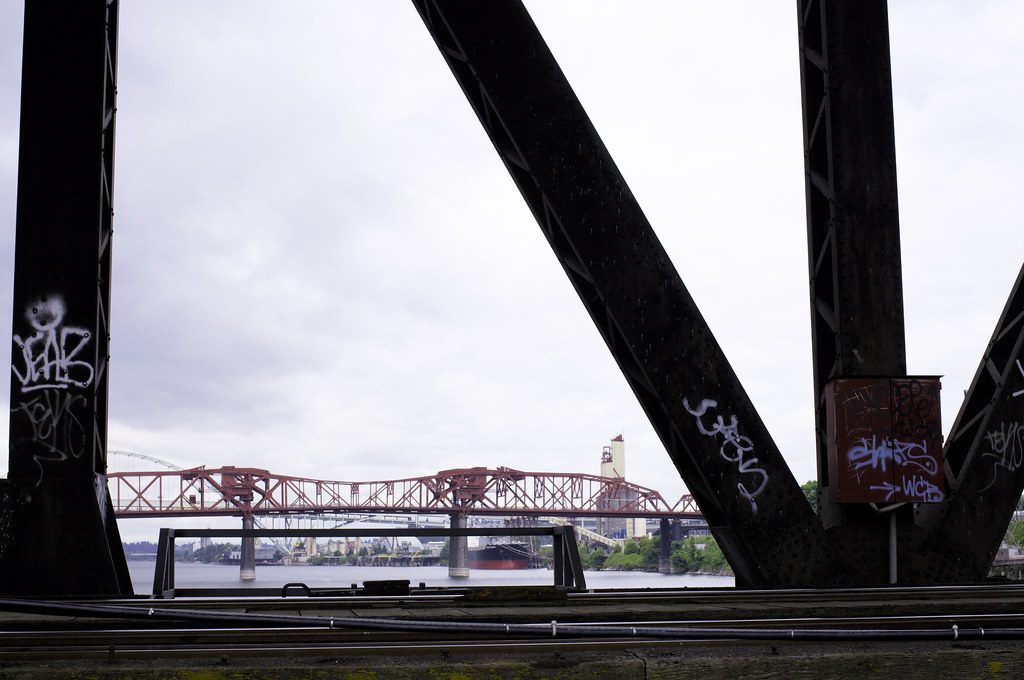 This was shot in 2011, from my digital camera days. Here is a view from the Steel Bridge in Portland.

I took this last Sunday while on a walk on the Centennial Trail in Downtown Spokane.

Raf and I lived in Santa Cruz for 7 years, five of them near this bridge. It was when we walked over this bridge a couple of weeks ago that I realized that this is the bridge featured in the Lost Boys (the part where they race on their motorcycles over the beach and end up at a bridge that they hang, and then drop from.). I even said something to Raf, “Hey, this is the Lost Boys bridge!”

This picture was taken a few hours after the last one. We packed a lot of stuff into our first day of vacation. We basically did a normal weekend’s worth of stuff in one day. We were just so happy to be out of the blahs and into sunshine. The bridge is very near the Santa Cruz Beach Boardwalk, which we also explored.

guys, thanks for your responses to my last post. All of you. I would e-mail you individually, and maybe I should. My stupid WordPress program is not sending me my comments to my inbox and it is irritating. I will definately have to post more about the whole Zen exploration in future posts. I’m finding it very interesting.