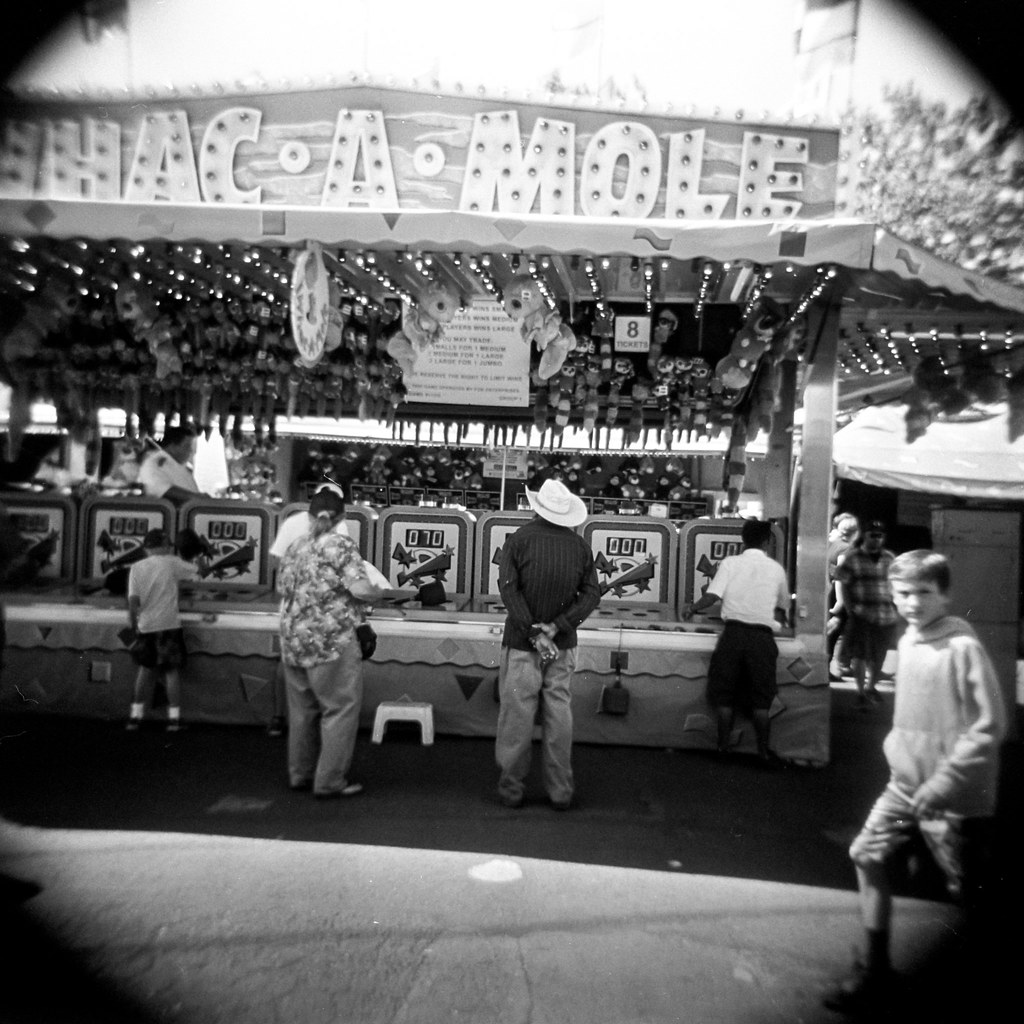 Here is another Holga shot from the last roll I ran through it. I took it at the Oregon State Fair last September.

I am reminded that I haven’t picked up a camera in weeks. WEEKS! This is terrible. I need to pick up a camera.

Currently I am scanning a roll that I shot through my Olympus Pen and, honestly, it is killing me. All of those photos! I need to just bite the bullet and finish the job.

Thank you to those who read my last post. I wrote it when I was not in the best state of mind, but I kind of wanted to do that. I wanted to document the fear that I was feeling. I am trying to be better about just sitting with my feelings and emotions, rather than reacting. It’s very hard for me to do. It’s a process. I so appreciate the support and good thoughts! Thank you.

A couple of months ago I mentioned that the Traveling Yashica was on it’s way to me. Well, the camera came and went I and I had a blast with it! I shot three rolls of film through it, two for me and one for a films swap with Hamish, the owner of the camera. I shot a roll of slide film and a roll of Black and White film through it. I think this is my favorite from the roll of slide film. I took this at a carnival during my small town’s Mountain Day’s festival. The carnival visits every year and when it comes to town I always remember the conversation I had with a young man who worked there about fleecing the people who go to it.

Read all about my adventures with The Traveling Yashica here!

A carnival is setting up outside my window on a hot summer day. The purple, blue, orange, red flag that entice people to buy elephant ears flap gently in the wind and are beautifully back-dropped by the blue sky. The road is blocked off. they have taken over the empty lot next door  and the street. People have to drive through the library’s parking lot to reach their destination. I wonder what kind of excitement I will meet in the coming days.

A man comes into the library, asks for poetry. Shel Silverstein. He says he is a poet. He has a seat at the table next to mine and recites to me a poem that he wrote to a friend in her yearbook. It’s a terrible poem and I am annoyed by it. I have things to do. He then talks about the carnival. he works at it, works one of the games. He tells me how the carnival is fleecing the people in the town in which I live. He tripled the price of a light saber simply by turning it on at night, he says. He pulled stuff out of the garbage and made a necklace with it and people bought it, he says. we are basically selling people garbage he says. He recites another poem to me and, again, it is terrible. terrible rhymes and metaphors. but I am thinking about this man’s life and how it could be a poem. He tells me, “they took my brain out of my head when I was sixteen.”

Three days later as I was driving across town I saw that they were packing up and the convoy of brightly colored trucks was on it’s way out of town. Off to fleece other people I guess.