Today I’m thinking about the tenuous nature of life and It is stirring up all kinds of feelings. I don’t know what to do with them. I guess I am just going to sit here with them. I want to grab a hold of something substantial, something concrete, and never let go. But that won’t work because things go away. So I am left with this feeling of the ground shifting beneath my feet and it scares me a little bit. A lot. It scares me a lot. 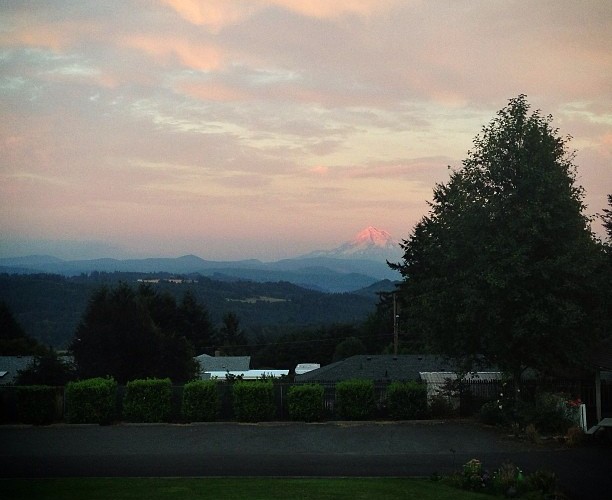 My dear friend lost her zen teacher last week, suddenly of a heart attack. Not only is this a great loss for her (which in and of itself makes my heart break for her) this is a great loss to my sangha. He was the co-abbot of Dharma Rain Zen Center, which is the “mother ship” so to speak. Our little sangha falls under the Dharma Rain umbrella. We owe them a huge debt of gratitude for this, and in turn, we owe Kyogen a huge debt of gratitude. His leadership has set the stage for us, and has allowed us to be what we are.  I have never met him but I feel like he is a part of me because of his teachings.

Last night at our sitting group we had a beautiful memorial for him. This was the first time I participated in a Zen Buddhist memorial service. It started with zazen and about 10 minutes before we were done with zazen one of our teachers quietly made an announcement about the ceremony.

When I am sitting in the zendo I pick a seat that faces a window and has a beautiful view of Mt. Hood. Generally, when sitting in zazen you are supposed to face a blank wall so you don’t have any distractions. But I do allow myself this one luxury sometimes. I guess because I am still so new at this.  I will marvel at the view for a few minutes but then my gaze goes down to the carpet a few feet in front of me (like it’s supposed to).

When our teacher was introducing the ceremony she talked a little bit about Kyogen and how he has been so important for our sangha. As she was talking my gaze went from the floor to the view because something caught my eye. It was light that had caught my eye. Until that moment it had been a gray and dark, rainy day. I couldn’t even see the mountain from where I sat. But at that moment when I looked up there was the most glorious beam of light shining down on the foothills in front of the mountain. I kind of couldn’t believe what I was seeing. It gave me chills and I wanted to grab my friend who was sitting next to me and point out the window but felt that it would be inappropriate to do so. So I sat  silently in awe as I watched  the clouds light up with the sun.

It was a beautiful moment that filled my heart with hope and love.

I fucking love that this happened once upon a time. Yes, my passion for this particular moment in history is expletive worthy.

Mikey Jones is on the left.

An old acquaintance from my born-again Christian days died last week of a drug overdose. Good old Mike Jones. He was a punky little skate boarder.  I had forgotten about him and I am sure he forgot about me, as well. But this past weekend I ran across this picture I took of him the day he was baptized. He had a great smile.

Last week was hard. Again, I was reminded of how short our lives are and how death can come and take us away in any way it sees fit. This will always and forever be a hard lesson for me: the impermanence of life. The word “impermanence” eludes me. As I was typing that sentence I had a hard time thinking of that word. It’s as if I am trying to deny that this is a thing that exists. It is a lesson that is sometimes too painful to endure.

Which leads me to the other thing that I have had to deal with and thoughts about  it. I am not going to go into detail about that other thing because it is not something that is personal to me. It is something that is happening to someone I care about. However, watching this person go through it has made me realize something about myself. I think it is harder for me to see people I love go through pain than it is for me to endure pain personally. Or maybe the two things are equally as painful. But I don’t know. Watching my loved ones go through things is really, really hard for me. For example, the thing that hurts me the most about watching Doug die is having to watch my mom’s heart break as she said goodbye to her soul mate. I can’t even write that sentence without sobbing, four years later. Watching her say goodbye to him is the most painful part of that memory for me.

I don’t know why I am thinking about this today. This is just an observation about myself. Thinking out loud I guess. I don’t really want to be tested in this theory again any time soon, though. I am ready for happier times. 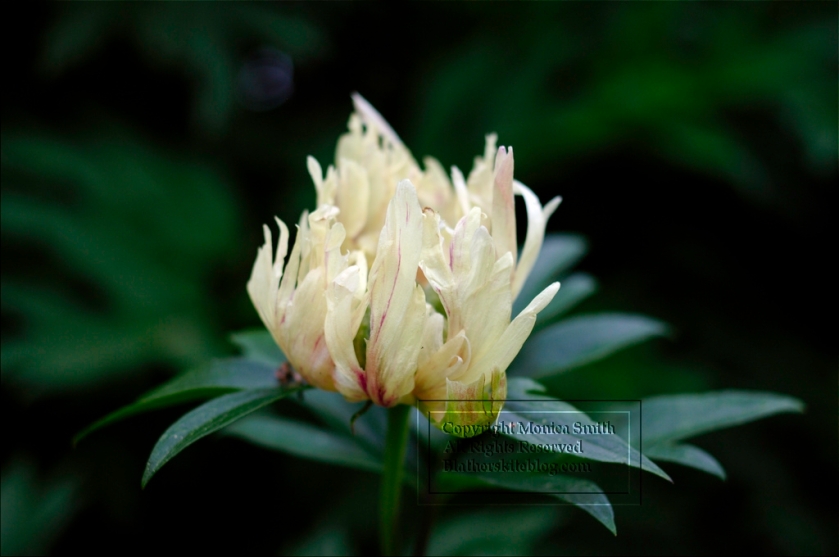 I’ve been thinking about impermanence this week. It started on Tuesday when I first heard about Google+.  It looks really cool. It looks like it might be everything I wish Facebook is. So it got me thinking about Facebook and whether or not Google+ will kill it. I thought about Myspace and how Facebook completely obliterated it 3 years ago.  Interesting how things change isn’t it?

My blog broke the other day. In a major way. I went to upload a few pictures and noticed that there was an update, so I clicked on the link to update. That was it. I haven’t been able to get into the admin screen since. First it went into maintenance mode and I could do nothing.Then the public view of the blog came back, but when I tried to get into the admin panel I encountered errors. I will spare you the technical crap. Instead I will tell you how it made me feel. I felt like I was watching a train-wreck. And the train was a train that I lovingly build and crafted myself.

O.k. I’m probably being a bit over-dramatic. But it was very upsetting. I have spent hours and hours designing and building my blog and I was watching it just crumble into dust. It was sad.

But! There is good news. A few weeks ago I thought I might want to just have wordpress.com host my blog so I set one up and imported my blog posts. After poking around I decided I didn’t want to do that but left it up. So, thank goodness, I had a back up.

I am now having wordpress host my blog. It is for the best. My php coding days are over. I just really could care less about that crap now.

All of that to say that this has been a lesson in impermanence. Well sort of. My blog isn’t dead, it just seemed like it was for a short time. But the so-called “disaster” has led to me re-thinking how I blog and how I organize things and it has sort of forced me to do something about it.

Plus, I’m having fun re-designing things. So take a look around if you get a chance. I’m using WordPress‘s 2011 theme, taking advantage of the “featured page” on my index page.  The dots above the header link to posts that I want to feature. Also, I’ve decided to move my 365 photo project to wordpress. I’m going to use that for my iPod photos/hipstamatic photos. You can find it here.

A very rambly way to say that it all turned out o.k.

p.s. I am on Google+ now. I’m hoping it kills Facebook. Let me know if you are on or if you want to be so we can connect over there…