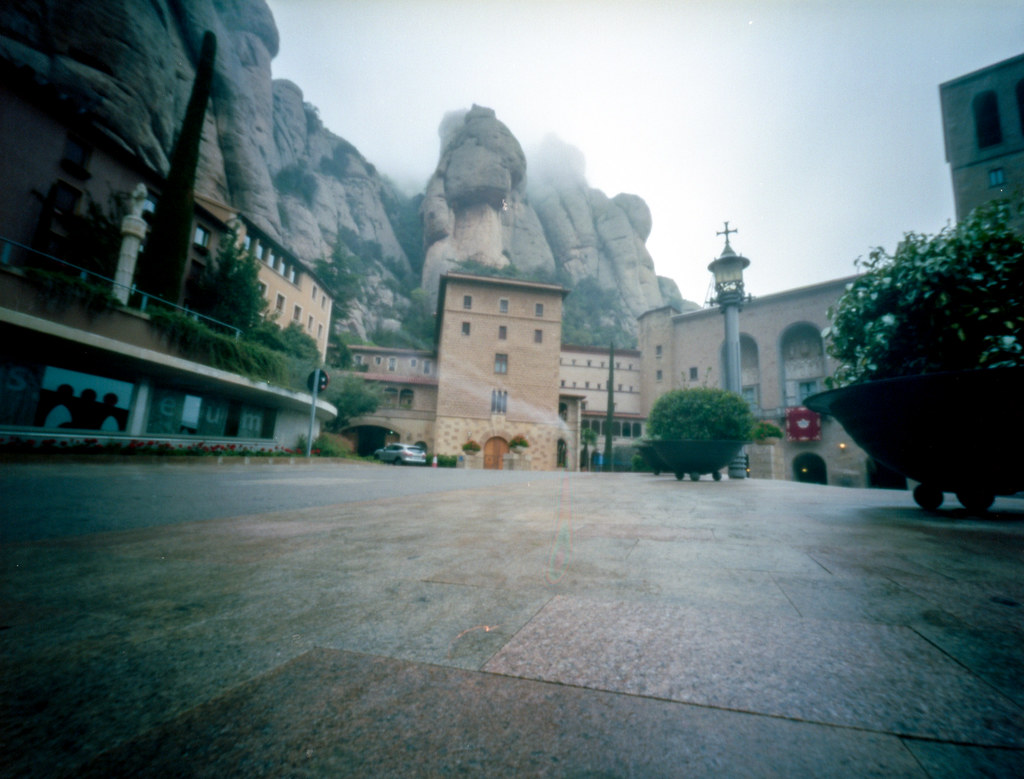 The second day we were in Barcelona we wandered around in a haze of exhaustion and jetlag (and maybe also sangria).  At one point we ended up at the head of La Rambla. I sat and rested for a bit while Raf wandered to see where exactly we were. As I sat people watching, I noticed a very ornate fountain. At first I thought it was a street urinal. I really did. I mean, I don’t know. They had these things in Amsterdam and men just pee in the street in Paris, so why not have a fancy urinal in the middle of La Rambla? As this thought was going through my head, imagine my surprise (horror?) when I saw someone walk up to it and drink from it. At this point, in my exhausted state, I didn’t know what to think. So I just put the whole thing in the back of my mind and suspended my disbelief.

The next day saw us back on La Rambla, this time with a Rick Steves tour book in hand. This is when I learned that this ornate “urinal” is actually a very famous fountain. This is the Font de Canaletes.  Everything started to make sense. The fountain  dates back to the 19th century and legend has it that people who drink from it will come back to Barcelona. Indeed. I did this very thing.  I hope the legend is true.

Today I had the pleasure of going on a tour of the Gracia neighborhood of Barcelona by a local resident. It was amazing to see the city from his perspective. I almost slept in today but am so glad I didn’t and was able to make the meet up! Here are some photos. We saw lots of Gaudi architecture.

He also showed us the costumes of a very old tradition – a kind of neighborhood parade of dragons and people. The giant man and woman are those that watch over the neighborhood. He said that when Franco was in power the parade was banned but as soon as he died the people brought it back.

In the evening I met up with several internet friends and we drank, ate tapas, and chatted till midnight. I regret not taking more photos of my friends!! I remember regretting this about my trip to Amsterdam so I need to remember to do more people photos over the weekend!