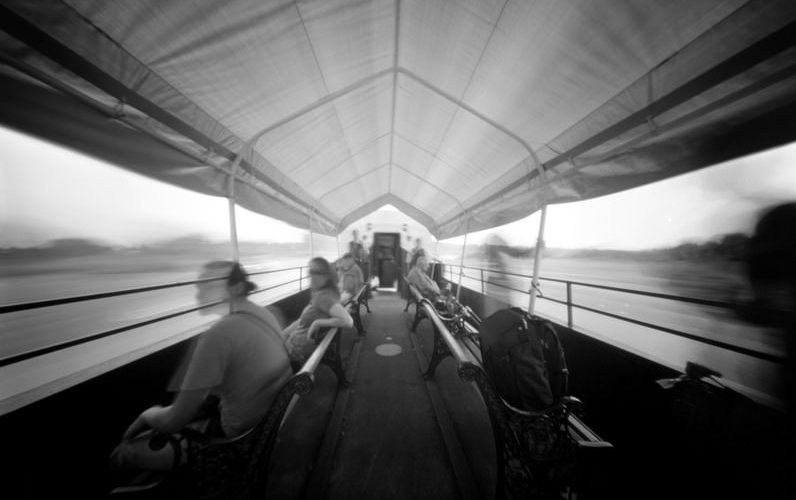 When I scanned some black and white 4×5 a few weeks ago I remembered that I’d shot a couple of sheets of large format pinhole at the Chehalis train station during the SCOPES meetup. Here is the one that I liked from the two. 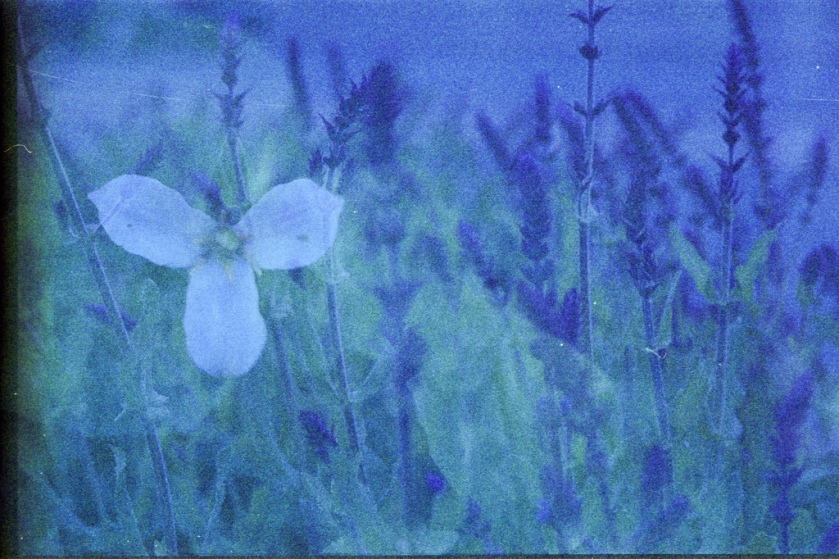 Film Swap with Nick. His was shot in Spokane, WA and mine in Oregon. We used film that was expired 20 years.

If I had to blame my obsession with film phtography on a person it would be my friend Nick from Spokane. Back in the days when we used to go on “Photorolls” with the Spokane Flickr Group (years and years ago) he was dabbling in film photography. And doing interesting things with it! Like double exposures and pinhole photography. I remember seeing his stuff and saying in my head (in all caps) “I WANT TO DO THAT.”

Six years later and I am doing that. And I am having a blast.

Inspired by the filmswap I did with Brendan, Nick suggest that we do an Oregon/Washington film swap. I sent some film his way and he sent some film my way. You can see the results of the film I sent him on his Flickr. Here are a few of my favorites from the film he sent me. The film he sent was 20 years expired so that is why it is a bit grainy and has a blue-ish cast.

Lilac and Doug Fir. (sounds like the names of the main characters of a hipster romance).

If you want to swap film with me let me know in the comments! It’s fun!

As I mentioned a couple of days ago, Raf and I went to one of our favorite places, Oceanside, WA last month. The Long Beach Peninsula in Washington State is a really funky place. I’ve been visiting it in the Summers for almost as long as I can remember. It is a collection of communities on the thinnest sliver of land on the Washington coast. I was kind of tripping out on how thin this sliver of land is when we were there. I imagine the water table is very close to the surface there.

One of the communities on this sliver is Oysterville. Can you guess what they are known for? That’s right. Oyster farming. It is a very old community. In fact, I think it is one of the oldest in Washington. We finally went on the self guided walking tour and had a look at some of the fabulous old houses.

This one kind of broke my heart a little bit. The sign reads:

Built for his bride-to-be who died before the wedding. Faithful to the end, Ned lived a bachelor till the end in this house.

And it is written by the “Daughters of the Pioneers.”

My little walking tour brochure said that Old Ned was jilted by his bride to be and she married someone else. So he lived in this pretty yellow house till he died. I wonder what the real story is? And I also have a feeling the story behind the two differing stories might be interesting as well.

Yesterday we went to Dry Falls (a.k.a. Sun Lakes). It is exactly what the name implies. An old, dried-up falls. But it’s actually really quite cool. It’s Washington’s Grand Canyon. Really quite impressive. It is actually an ancient geological wonder. It is said that they were created when the Glacial Lake Montana burst from it’s natural dam and flooded the region (hence, the Channeled Scablands). Dry Falls was, at one time, the largest falls on earth. Bigger than Niagra. Wikipedia has an entry on Dry Falls that explains this geological wonder better than I can.

If you would like to see the rest of the pictures from Dry Falls check out my Flickr set.

Here’s a website that gives a nice description, with pictures, of the Missoula Flood and the Channeled Scablands. 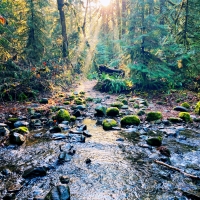