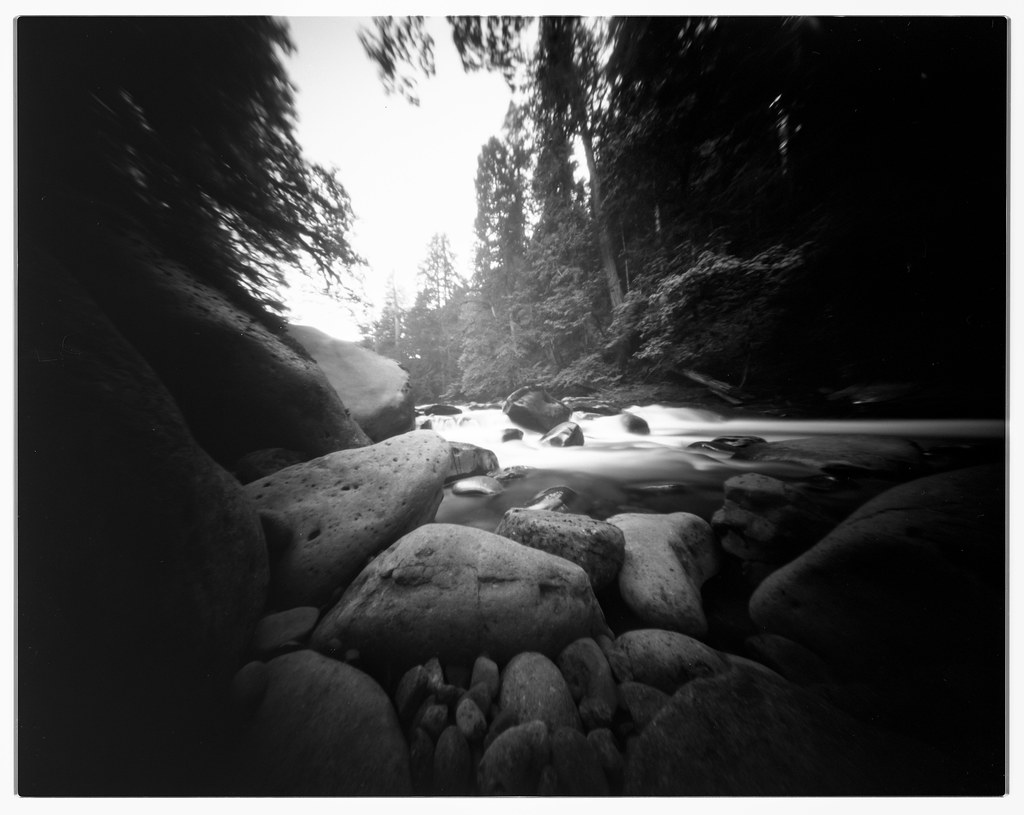 I have been spending a lot of time with my Zero 4×5 lately and have enjoyed learning how to use it. I mentioned that I was doing a Sheet A Day project and it has really been a wonderful project! I have learned so much. (I stuck with it for 65 days. I had to stop last month because I ran out of film and payday was still a couple of weeks away.)

The photo above is one from that project – I took it at one of my favorite places, the Salmon River on Mt. Hood. I used Arista Edu 100 4×5 film. I used the 25mm configuration of the Zero 4×5. This photo reached #18 on Flickr’s Explore on Oct. 30th! I am rather shocked, but also honored. However, I can’t take myself too seriously here because right next to me in Explore is a photo of a guy laying on the ground taking a photo. sooo, yeah.

Here is a photo I took the same day. It’s the exact same shot, same configuration, but with 120 film instead of 4×5. Ektar was used. 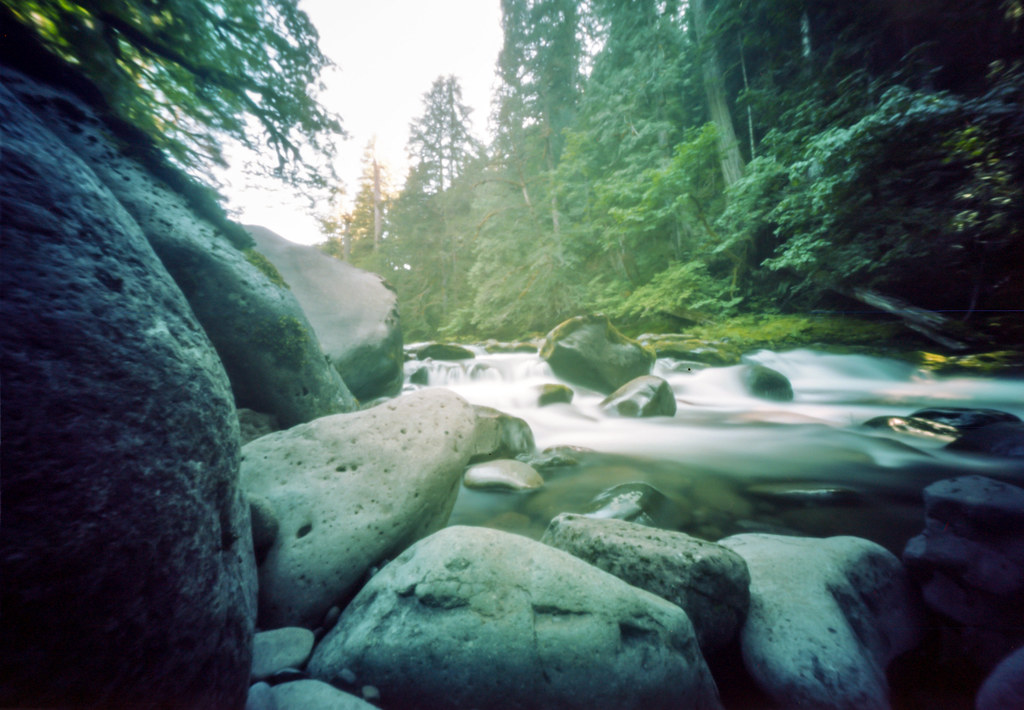 I think it’s interesting to compare the two. I don’t really have any insight yet as to how I feel about one over the other. I lean more toward color when it comes to pinhole photography, so I find it fascinating that the black and white photo resonated with so many people on Flickr.

“Ticking away the moments that make up a dull day
Fritter and waste the hours in an off-hand way
Kicking around on a piece of ground in your home town
Waiting for someone or something to show you the way.”
– Pink Floyd. Time.

I have a large format pinhole camera that takes really, really wide angle shots. I have been struggling with it since I got it. I can’t quite figure out how to compose a shot, or even what the best kind of shot is for this camera. So I decided to burn film through this mutha so I can maybe learn something about how it works. I’ve spent a lot of quality time with this camera lately.

A few weeks ago I was in a “Dark Side Of The Moon” mood and listened to this album several times from beginning to end. This song, these lyrics, really stood out for me at that time.  As these lyrics were rattling around in my mind I came up with the idea for this photo (this is kind of rare for me: coming up with a concept for a photo before actually taking the photo. I usually just take my camera out and see what inspires me in the moment). I was curious to see what would happen if I pinholed a clock’s arms moving around in a circle. So I tried it. My original idea was to start the photo at 11:11 (I have a thing about 11:11) and I did do that, but the shot turned out over exposed. This was the second shot and it came out better exposed.

Is this the best photo I have ever taken in my life? No. But I learned some things from it. I learned that having an theme, or an idea in your mind is a good way to get inspiration. I may kick around more photos around “time” as a theme.

I also learned that for this camera you have to get in very, very, very close. This was close and it wasn’t even close enough. Also, I like the way still life looks with this camera (using 4×5 sheet film), as opposed to landscape. I think the crazy vignetting works well with still life. So. Note to self.