I can’t believe we are here. AGAIN.

Dr. Dobson‘s group is already running advertisements against senators who do not plan to support the amendment, including one against Senator Ken Salazar, Democrat of Colorado, that says, “Why doesn’t Senator Salazar believe every child needs a mother and a father?” Republican Party officials in several states have released statements attacking Democrats who are not expected to vote for the amendment. And another conservative group, the Family Research Council, is planning to ask lawmakers to take “a marriage protection pledge” and then tell voters who signs it and who does not. Dr. Dobson and other proponents of the ban got a boost on Monday afternoon, when Mr. Bush called on the Senate to approve the measure. “The constitutional amendment that the Senate will consider this week would fully protect marriage from being redefined,” Mr. Bush told a room of religious leaders and advocates.

This is clearly an issue to 1. take the sheeple’s minds off of the REAL problems in the country. And there are a lot of them.  2. Divert our attention away from Bush and his Repugnant Republican co-hort’s crimes. 3. WASTE CONGRESSES TIME.

What a frigging waste of breath, debating this issue. Seriously. Letting people who are gay or lesbian get married IS NOT THREATENING MY MARRAIGE. That is the most ridiculous, stupid thing I have ever heard. And aren’t these so-called republicans supposed to be for state’s rights? Smaller Government? So why the fuck are they trying to create an Amendment banning Gay Marraige? that’s about as big government as I can imagine.

Ugh! This issue makes me so angry. And it makes me mad that I even have to be angry about it. That it’s even something that we are discussing in this place and time in history. THERE ARE BIGGER ISSUES THAT NEED TO BE ADDRESSED!  Like getting the Chimp-in-Chief impeached. For the love of God. 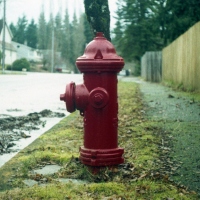