The International Film Swap with Brendan continues (as I previously mentioned)! Hooray! I am really enjoying these collaborations.  Here are my favorites from this round (Click on a photo to start the slide show). 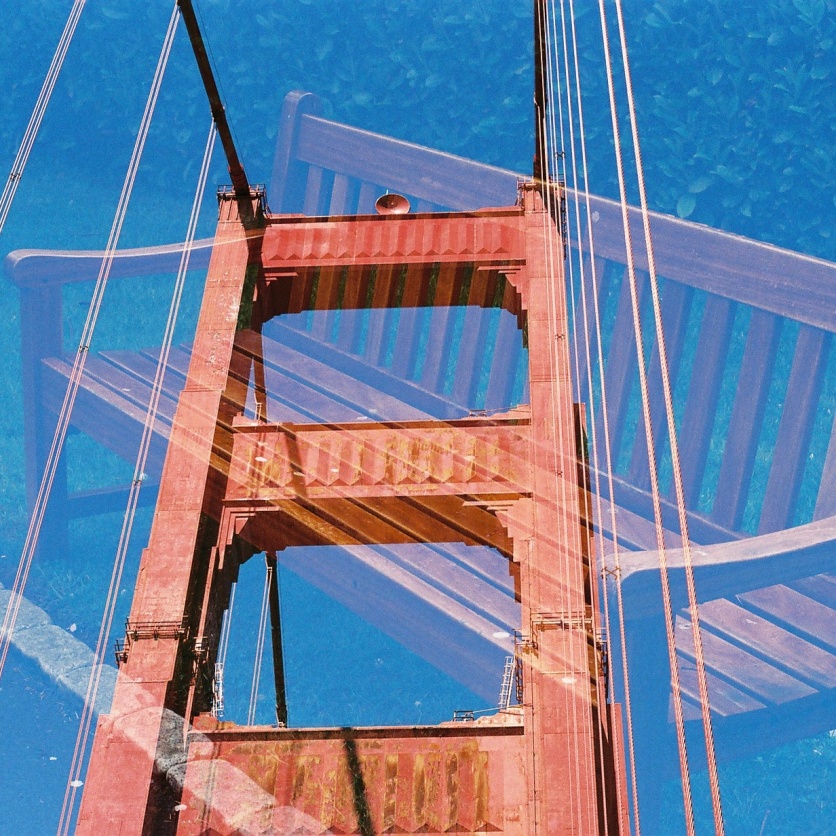 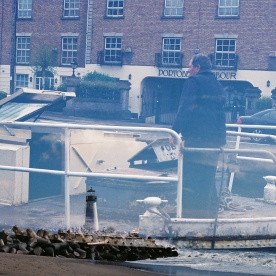 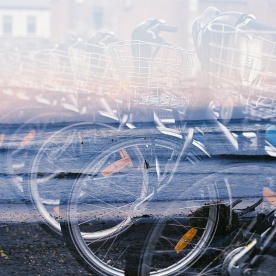 My shots were taken in Santa Cruz & San Francisco. His were taken at the Grand Canal in Dublin, Ireland. Again. if you are interested in participating get in touch with him! It’s fun and easy. Just shoot a roll of film & pop it in the mail. I am also down, too, if you are interested in sending film my way. I am in possession of a film leader retrieval tool so I am able to expose over your roll of film if you are so inclined. Just let me know by leaving a comment on this post.

OK. Now for a bit of a discussion about some questions that have been raised about this project. Feel free to stop here and enjoy the photos or click “Continue Reading” to read the rest of the post.

As you can tell, I am very enthusiastic about this project. It’s fun to creatively collaborate with another person in a medium that I love – film photography. That this person lives on the whole other side of the planet makes it that much more interesting and intriguing to me. It is like having a pen pal except with photography. Since I am so enthusiastic about it I share it with people around me. Somebody asks “How was your weekend, Monica?” I say, “Great! Let me show you what I’m doing” and I pull my iPad out of my bag and there you go. The response has been very positive all around, which is good. However, there are a few questions that people have asked that raise my hackles a little bit and I want to address them here.

It goes something like this: They look at a few photos and ask about the process. I tell them the process and then they say something like, “so he isn’t manipulating them in Photoshop?” And I say, “No, he’s not because blah blah blah.” Then they say something else related to Photoshop and then I tend to change the subject because the question irks me a little. I feel like this line of questioning is confrontational. I think the people who ask these things are not intending to be that way but it feels that way from my perspective. The conversation tends toward me being on the defensive and that makes me uncomfortable.

I also feel,  when I am defending the process, that I am throwing my fellow photographers and photo manipulation artists (including my husband) under the bus. The question comes up regarding Photoshop like it is a bad thing and it is not a bad thing. At all. Photoshop is a very valid and necessary tool in the photographer’s arsenal. I am touchy about this because I have been given shit for using Photoshop. I don’t understand this at all. Anybody who has done darkroom work knows that photography doesn’t end when you push the shutter. There is also work to be done in the darkroom. When I make prints I spend a great deal of time playing with filters, as well as dodging and burning. Photoshop is built upon these darkroom principles! So there. Every photographer, be it film or digital, does some kind of post processing.

Having said that, let’s take this one step further: artistic photo manipulation  is a very valid form of the art. And, again, photo manipulation is done in both the darkroom and Photoshop. AND it is done without either of those things, which is what the film swap project is about. Photo manipulation is happening in the camera. We are manipulating the photo by double exposing the roll. There are many ways to double expose. Our project is random and, sometimes, serendipitous. Could we get these results in photoshop? Yes we could. Would it take hours and hours of work to do that? Yes it would! Would it be a valid expression of art? YES IT WOULD.  However, this is NOT the way OUR project happens to work.

So let’s talk a little bit about photo manipulation. I am not an expert on it, but I have tried it a few times with interesting results (in addition to the film swap).

As I mentioned, one way to manipulate results is to double expose. There are several ways to double expose a photo. One of these ways is to simply shoot a roll of film, rewind, pull out the leader and run it through the camera again. The film swap project is based on this principle. As I mentioned, the results are random and sometimes serendipitous.  However you can try to plan your shots to create certain effects. My friend Nick double exposed a portrait of his wife and a photo of flowers to create this beautiful portrait.

You can also double expose in the darkroom or on a film scanner by stacking negatives. This process is less random because you can plan ahead by choosing specific photos to stack. You can see an example of my own experiment with this in the darkroom and on a film scanner. Note: this was not easy to do. It took thought and planning and a lot of trial and error, as well as time.

You could also double expose in Photoshop, I imagine. I am not familiar with this process and I don’t know anyone who has done it so I don’t have an example to link to. My thought  on that is it  is not really something a Photoshop artist would be interested in doing. There are other ways to work magic on photos in Photoshop that these artists gravitate toward. Note: my friend Jennifer (AKA The Photoshop Queen) was inspired by this post and decided to try multi-exposures in Photoshop. It turned out really cool!! So now I know someone who has done this. Yay!

My friend Dave is one of these artists. He does amazing work in Photoshop and I am always blown away by his photo manipulations. My friend Jennifer is another amazing Photoshop artist (as well as photographer). Her work was featured in Photoshop User Magazine! My husband is really good too. I would link to his stuff but he doesn’t have any of it online.

There. I got all of that off of my chest and I feel better. In short: Photoshop, and photo manipulation in general,  is all good and a very valid expression of the craft. The End.