Last week’s Wayback Wednesday was about my Grandpa, so I thought I would keep going in that vein and post photos of his parents. I am fascinated by their story and want to learn more about both of them. The woman in the middle is my great grandmother Barbara Vakoc. She and my great grandfather, Edward met in Chicago. They were both Czech.  They met because she was a model for the photography studio Ed worked at. My great grandfather’s last name was Schneberger so I always assumed he owned half of the studio (based on this photo) but my mom tells me that he went to work for his uncle in the studio.

So they met and fell in love and got married. Barbara suffered from depression, and I can see it in the photo above and in other photos of her (which I will post later). She died in a mental institution after the death of a child and not long after they moved the family out west to Coeur d’Alene Idaho. I have more to say about too.

One thought on “wayback wednesday” 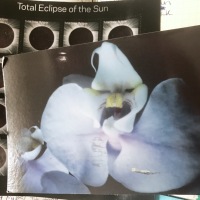