I wasn’t originally planning on participating in Polaroid Week. However, last weekend I purchased a Polaroid SX-70 at a swap meet and so got caught up in the fun. I ordered some Impossible Film for the SX-70, but in the meantime I remembered that I had my grandfather’s old Land Camera 320 in the closet, with some film still loaded from when I inherited it a couple of years ago.
https://instagram.com/p/81BTIfILMK/?taken-by=craftymoni

I also had it wired to take AAA batteries! So yay for Past Monica!
While I was waiting for the Impossible Film I brought it with me to work last Wednesday. I was delighted that it worked! I snapped some shots of our library and around town. I was surprised the film was still good because it has been in the camera for a couple of years and was expired even before It found it’s way into the camera. Score one for Fuji!

Here are my shots. I had a lot of fun with it!

One thought on “Polaroid week – Day 1” 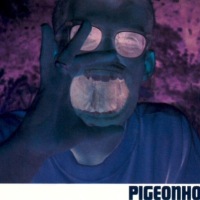