My husband bought me a Reality So Subtle pinhole camera for our anniversary! We picked it up at Blue Moon Camera And Machine on our way to the coast the weekend of our anniversary and I was very lucky that Pinhole Master Zeb Andrews  was working that day. He sold us the camera and gave me some great tips on how to use it. I spent the weekend shooting the same shot with the two different pinholes to see what the difference in composition would be.

Here are literally my first two shots from the camera. I took them at the restaurant we went to have lunch. The camera was sitting on the table in front of the same set of forks and exposed for the same amount of time. My husband ended up taking one of the forks  for his lunch in the first photo. 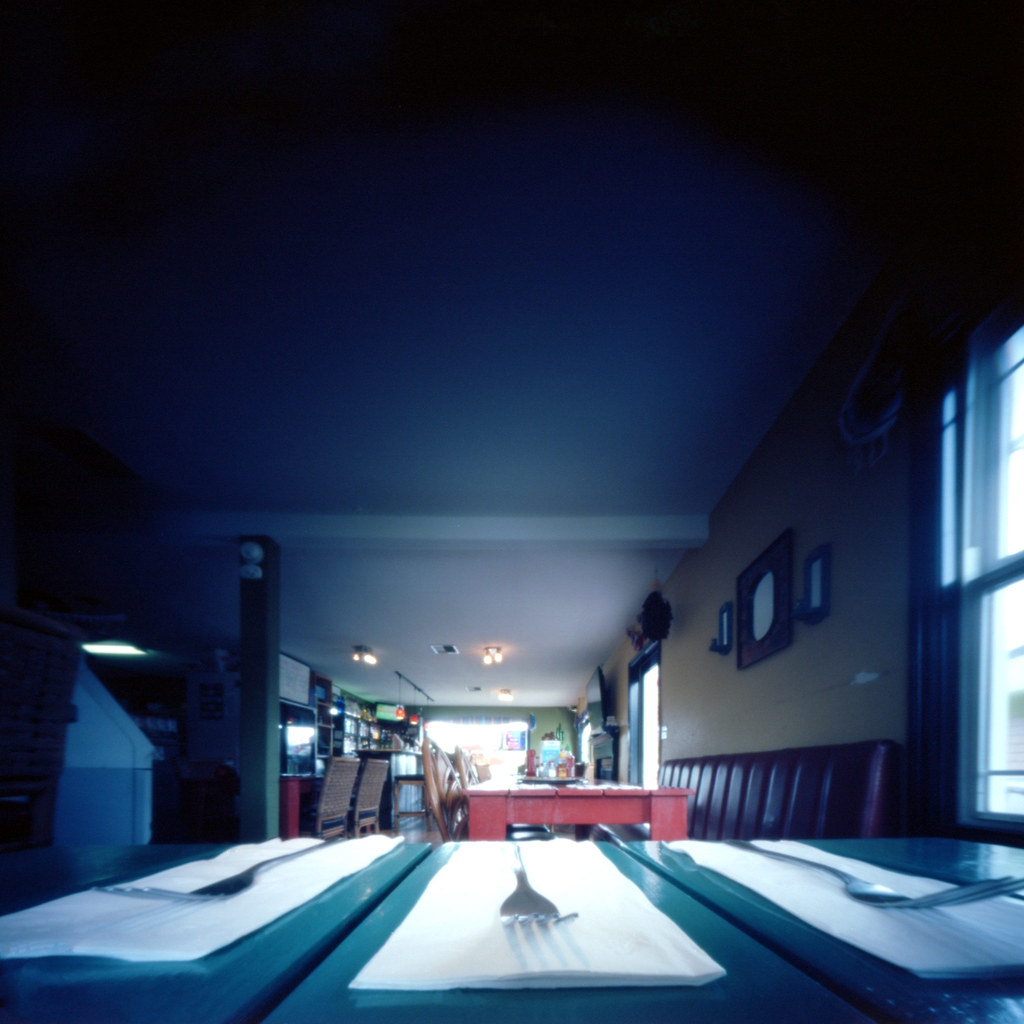 For both of these shots I used Ektar 100 and the exposure time was 1 minute 22 seconds.

I am super pleased with the first round of color shots from this camera!

7 thoughts on “So subtle”