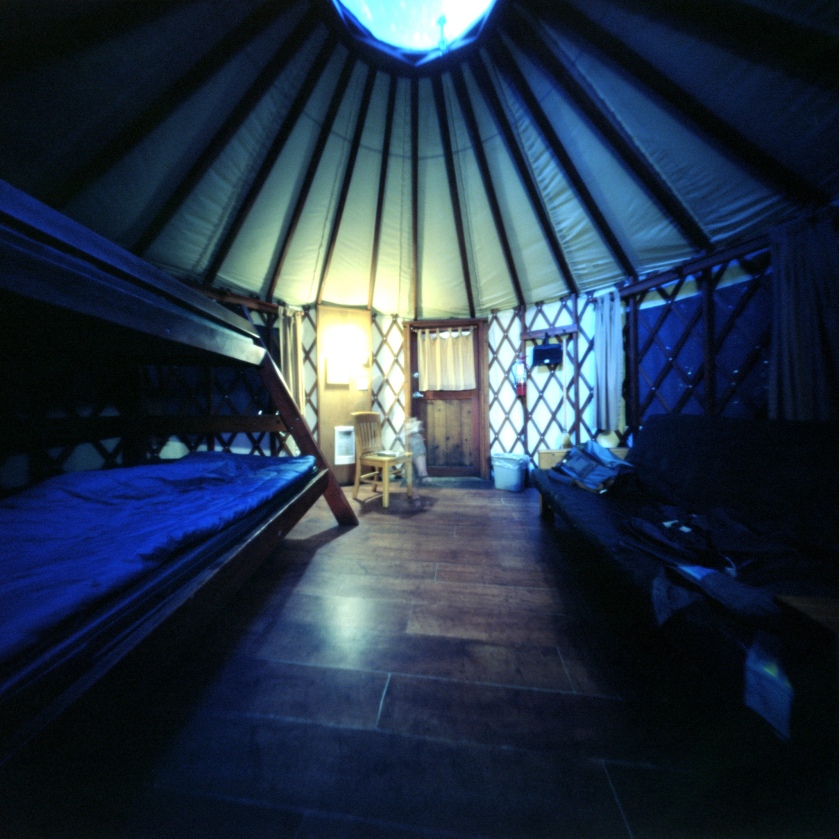 Here is another one from last summer that makes me happy. I took this last summer when we went yurt camping at Cape Lookout. We decided to hop over to the coast on a whim to escape the heat and bad air from the fires and only stayed one night. It was so fun though! It was my first time yurt camping and I want to do it again. Such a cozy little space.

How was your Christmas?  We originally planned to go to the coast on Christmas but Portland had a freak ice storm and the roads were terrible on Christmas Eve. It was better Christmas day but not much. We kept waiting for the temperatures to creep up above freezing but it didn’t really happen. We finally had to accept that we couldn’t make the drive. I was disappointed and was tempted to be all “woe is me” and “wow 2017 sucked it might as well end on this note” and “I have the worst luck.” etc. But I have decided to do something different. My new motto is “roll with the punches.” I am so tired of getting upset with each bad thing that happens (and we all kind of know that this has been that kind of year). I obviously have no control over bad shit. So I’m going to roll with the punches. It turns out that Christmas ended up being very relaxing and nice. I read and knitted and we walked around the neighborhood and looked at Christmas lights and it was lovely.

Now we are back up to normal temperatures, and maybe even above normal. It was 54 degrees this morning when I woke up and I went running in shorts!

One thought on “Slow Selfie in a yurt”