I haven’t posted a running update in a very long time. This is because I haven’t been running. It is depressing. I am going through another bout of plantar fasciitis and it’s quite painful this time. I have had it for several months and there are days when I can barely walk, let alone run. I have not gone to the doctor because I can’t afford the insurance premium (a rant for another blog post). In the meantime, I have tried all kinds of things to get it to heal to not much avail. I even tried just resting and doing no exercise at all for a month, mostly out of spite. That was dumb.

During this whole fiasco I have realized that I am not a healthy eater and I have used running as an excuse to eat unhealthily. This realization and the cold fact that there has been a lot of death in my life lately made me realize that I need to change.  After some research and much thought I have decided to go vegan with my diet. For me, this means that I am focusing on eating more whole plant-based foods. I am going to try to avoid, as much as possible, anything processed.

I have been eating like this for more than a week and it’s not been difficult at all. There have been a couple of lapses, like that time last weekend when I “accidentally” ate Ben and Jerry’s ice cream. And today when I ate a slice of carrot cake (with cream cheese frosting). But otherwise, I’ve been doing very well! And I feel really good. My skin has cleared up. My foot doesn’t hurt as much on the days that I eat kale (which is strange, but hey. I’ll take it!).

I haven’t lost any weight, which bums out my ego. That’s ok though! I am not doing this to lose weight or even to look good. I totally and completely am doing this for my health, which I think is the best reason.

I started doing yoga again this week and it has made me feel much better. I tried running yesterday morning and that was a bad idea. I will stick with yoga every morning until the foot stops hurting. I am really missing those early morning runs very much but I will be patient. I am hoping that I will be able to run again sometime in the future.

I may  blog my experience with becoming a vegan. Writing about stuff seems to help me and I like that it is here, on the internet, for me to access later.

9 thoughts on “An attempt to be healthy”

Boring Half MarathonSeptember 17, 2017
The big day is here. 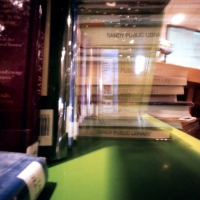 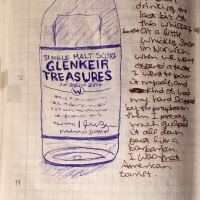