Park Guell is another creation of Gaudi. I believe the original intent was for it to be a kind of housing development for wealthy people, but it didn’t work out so it ended up being a public park.

They day we went we walked all the way to the top of it and it was quite a climb. Totally worth the effort though. I took a pinhole photo of the view but it ended up being a portrait of the kid who decided to sit in front of my camera while I was exposing the shot. Here, instead are two photos of the houses at the front entrance. 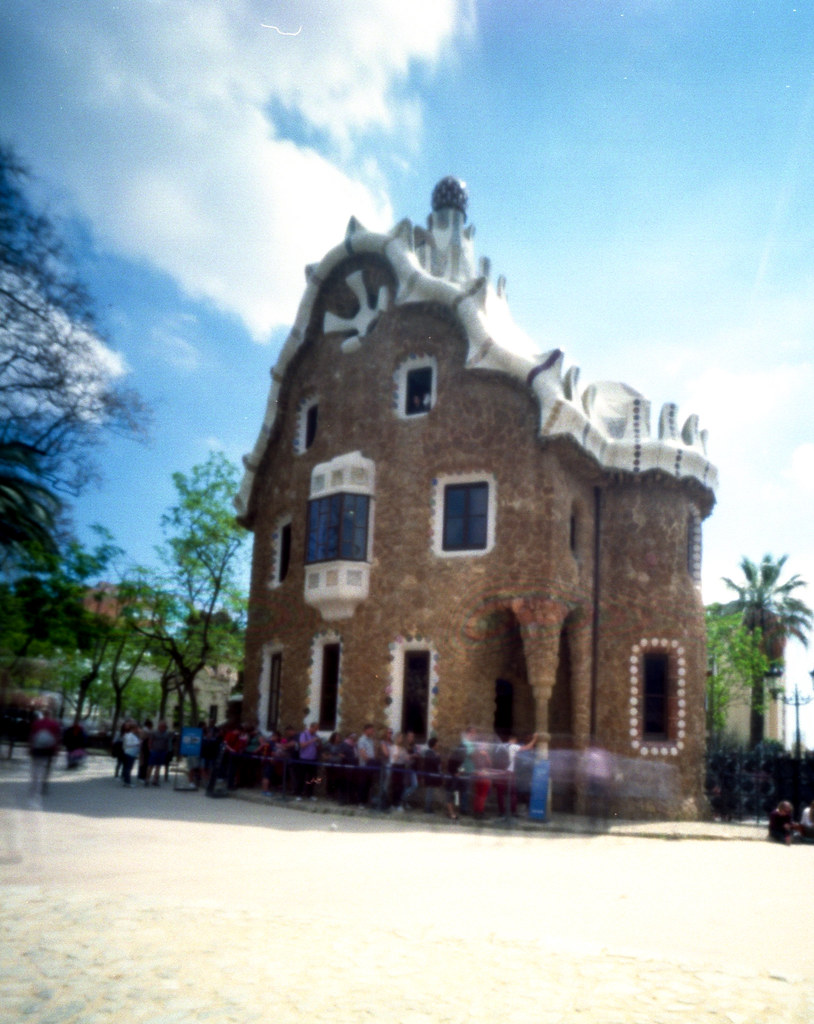 These were both shot with a Terrapin Bijou and Ektar film.

I found this place hard to photograph with my pinhole camera. There was a lot going on. This was the one time I wished I had my full-sized tripod with me instead of my small travel tripod.

One thought on “A pinhole view of Park Guell”