Next up on my pinhole tour through Barcelona and Ireland, is this very curious grave called “The Jealous Man And Woman.” It is located across the river from the Priory of St. John The Baptist.   The figures of a man and a woman are laying side by side and a sword separates them. I found myself completely fascinated by this tomb.With a name like that, there had to be an amazing story. However, it remains a mystery as to why this tomb is called this.

This is the tomb of lord and lady:  Sir Lucas Dillion and Lady Jane Bathe.There is some speculation that it was a response to his second wife being buried next to her first husband, and so he decided to be buried next to his first wife? Or something?

The weirdest thing about this place is that it is known to have curative powers over warts!  Apparently if you prick your wart with a pin and place it  in the rainwater on the tomb it heals your affliction.

This whole area was magical so very cool. I really enjoyed wandering around the graveyard. In a future post I will share some photos of old headstones taken with my Olympus XA.

Here are some iPhone snaps of the tomb, so you can get a different (maybe better) view: 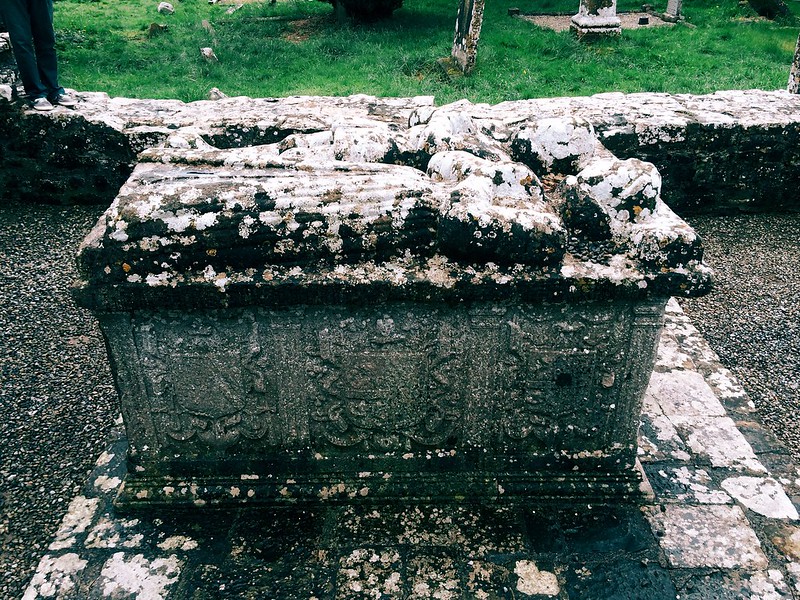 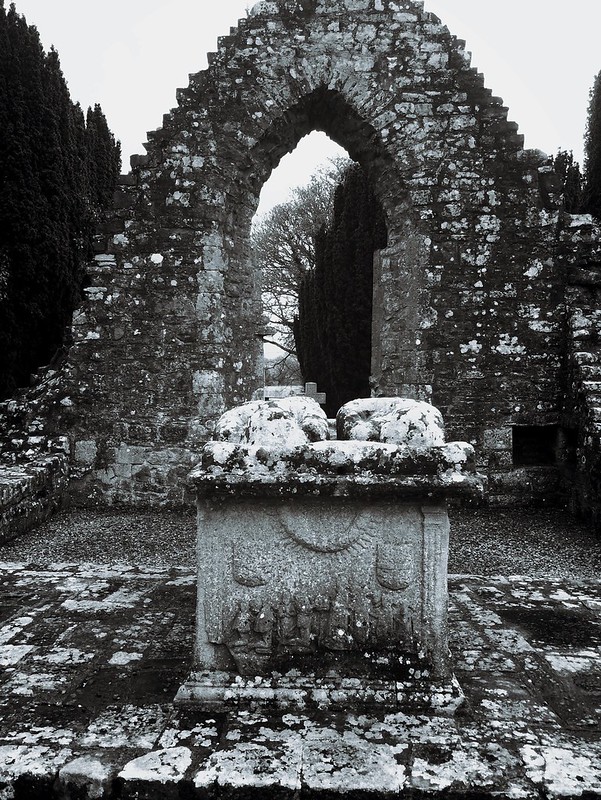 the pinhole photo above was shot with my Terrapin Bijou on the Incher configuration and Ektar 100 film.

4 thoughts on “The Jealous Man And Woman, pinholed. (Ireland)”